Here in Etheridge we have a rich cultural heritage and are proud to recognise the Traditional Owners of our land, the Ewamian and the Tagalaka Peoples.

Ewamian Peoples Country is located in Queensland's Gulf of Carpentaria savannah lands in the upper Gilbert and Einasleigh River catchments and takes in the townships of Georgetown, Forsyth, Einasleigh and Mount Surprise. It primarily lies within the Etheridge Shire Local Government Area (LGA).

In the late 19th Century during the expansion of European settlement in the region Ewamian People were subject to the influences of government policies and were dispossessed of their lands, affecting the continuous physical occupation of their ancestors.

Despite the many hostile and tragic events of the past many Ewamian People resisted European colonisation and with the pastoral activities increasing in the region became employed as stockman and domestics on many stations for many years until the 1980s. 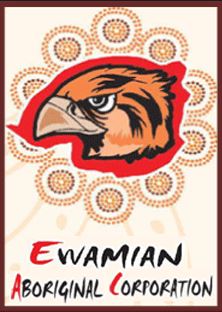 Although pastoral and mining expansion has dominated in this region which affected the Ewamian Peoples management of their natural and cultural environment, Ewamian People today maintain a physical and spiritual connection to their lands and waters and traditional culture and lore remain very important to uphold and pass on to future generations.

Ewamian Country is very rich in cultural and significant sites. These range from rock arts, scar trees, artefacts, occupation sites, bora grounds, stone groovings, and ceremonial grounds. Most rock art sites can be found along the sandstone escarpments located along the Newcastle Ranges and near water sources. Scar trees and artefacts are found right throughout Ewamian Country as are ceremonial and bora grounds. Stone groovings can be found in the rivers and creeks.

Ewamian People who remained on the Georgetown Reserve up until the 1980s conducted ceremonial practices and corroborees and also traditional burial practices. Language was also spoken but unfortunately did not survive and is no longer spoken. Ewamian People will work with linguists to rebirth the Ewamian language which is derived from the Agwamin society.