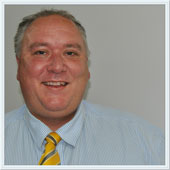 Previously serving in the Director of Corporate & Community Services since 2009, David brings over 23 years of Corporate & Financial Management to the Etheridge Shire with 15 of those years in a Banking & Finance environment.

David was born and bred in Rockhampton and has lived and worked throughout Queensland both in large metropolitan cities and small rural western towns. Prior to joining Etheridge Shire in 2009, David was with the Isaac Regional Council and Broadsound Shire Council in Central Queensland where he held a similar position.

With over 22 years’ service Ian has a wealth of working knowledge and experience within many facets of Local Government. Previously serving as a senior executive manager at Barcaldine Regional Council and Barcoo Shire Council, Ian also has a background in Procurement & Stores operations, Payroll and various other functions of finance and administration.

Born in Brisbane and raised in Dayboro (about an hour’s drive north-west of Brisbane) Ian is married to Pauline with a daughter Tara and a son Samuel, who both live in Brisbane.

Ian enjoys and participates in many sporting activities where he has represented his respective areas and clubs in Tennis, Squash, Golf, Rugby League and Cricket.

Les brings over 35 years of experience in many facets of Civil Engineering in the Local Government Environment to the Etheridge Shire.

Prior to joining Etheridge Shire, Les was Manager Projects and Assets with the Shire of Ashburton in the Pilbara Region of Western Australia. Previously, Les held the position of Director of Engineering at Warren Shire Council, NSW and also held management positions at The City of Kalgoorlie, The City of Canning, Cessnock City Council, Singleton Shire Council, North Sydney Council and Willoughby City Council.

Les loves strumming his guitar at a sing-a-long around a campfire, painting landscapes, writing poetry and delving into theoretical physics. Les is an avid Sydney Roosters, NSW Blues and Formula 1 fan. Les has also represented at Rugby League and Cricket in his younger days and enjoys coaching junior cricket.